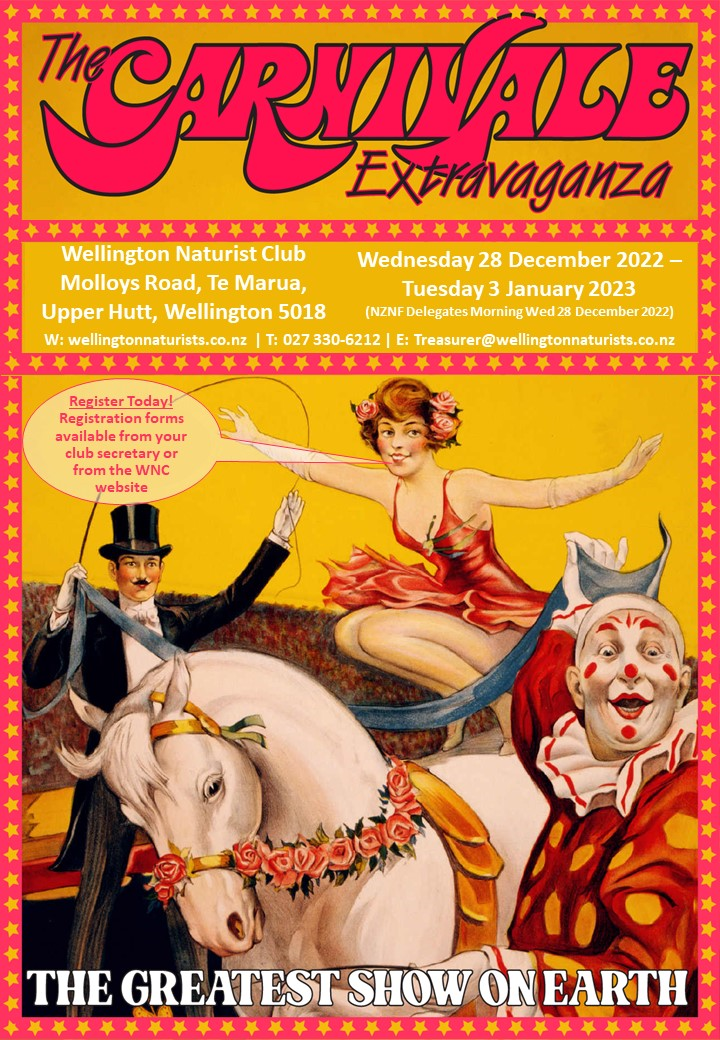 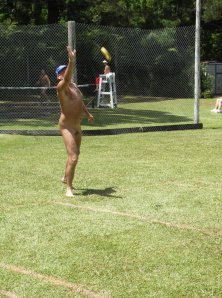 Tenniquoits is an outdoor game which began its life early last century being called deck tennis (Deck Tennis) because it was played on the decks of large ocean liners.

In those early days deck tennis was played with a ring made of rope - now under the name of tenniquoits the ring is made of rubber.

During the 1930s ~ 1960s this sport was played at schools and universities in UK, USA and Australia - it was valued as physical education for hand eye co-ordination.

The World Tenniquoits Federation was established in 2004 in South Africa by Germany, India and South Africa and the game has since spread to more countries around the world as a competitive sport.

The New Zealand Naturist Federation is one of twelve of the World Tenniquoits Federation members and our members are able to be officially 'ranked' through games they play.

The game can be played with a minimum of two people (singles) or four people (doubles).   The name "Tenniquoits" is given to a circular ring made of rubber.   A game of Tenniquoits essentially involves the exchange of the tenniquoit across the courts - the net between the two courts acts as a barrier.

A typical Tenniquoits court essentially looks like a Badminton court.   Each individual tries to score 21 points in order to be declared a winner.   However, in order to be declared a winner, one has to maintain a minimum of two points lead over the opponent.   If each of the players score 21 points, then the winner is decided by tie-break.   The match is the best of 3 games.

The NZNF Sports Co-ordinator notifies the WTF of the results after the annual festival and as these winners are national champions, they then receive a world ranking.